Lessons from the Life of Joseph 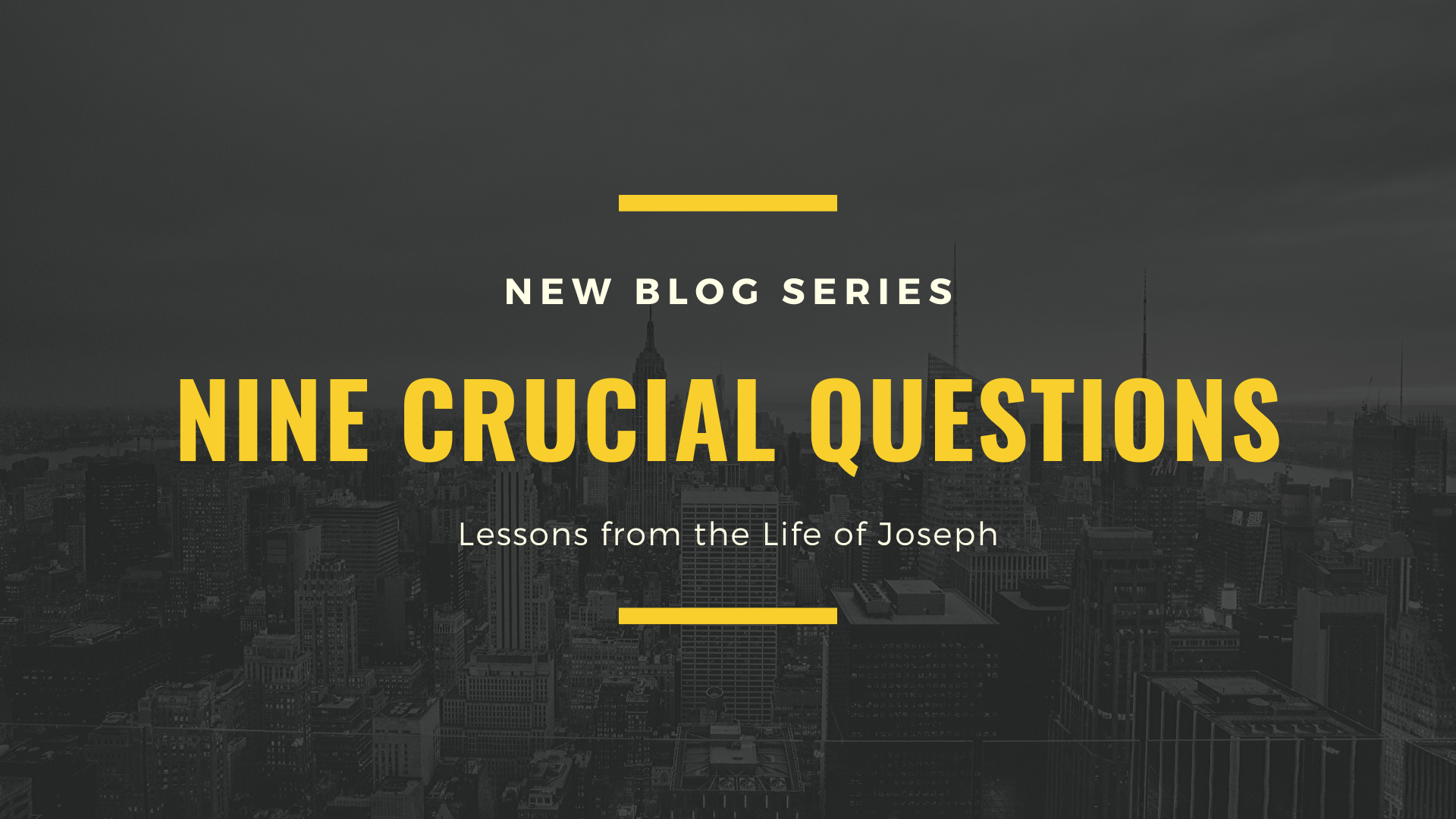 It started with a simple idea.

A few months ago, I decided to study the life of Joseph in the Old Testament.

I never grow tired of telling how Joseph’s brothers betrayed him, and the gripping tale of attempted seduction by a wife with a wandering eye, and the sad saga of false accusation and unjust imprisonment, and the long lonely nights Joseph spent in prison and the unlikely journey he took from prison to the palace, how he put his brothers to the test, and how in the end it all came out alright because, as he said to the brothers who betrayed him, “You meant it for evil against me, but God meant it for good” (Genesis 50:20).

When James Boice published his exposition of this section of Genesis, he called Joseph “a man for all seasons.” It seems like an apt title for a man who went through so many varied experiences.

At no point did he ever take his eyes off the Lord.

He was a truly great man.

Here is his story in one paragraph. He was the favored son of his father Jacob. When he enters the stage of biblical history, he is 17 years old. Because his brothers hated him, he was sold as a slave and taken to Egypt. After being falsely accused of rape, he was imprisoned with no hope of getting out. Because he correctly interpreted Pharaoh’s dream, he became the prime minister of Egypt. Eventually, he welcomed his family to Egypt, which preserved the line of promise that had started with his great-grandfather Abraham.

That brief summary only hints at the drama that surrounded his life.

Though Joseph was God’s man, he did not have an easy life. Here are some of the things his story teaches us:

As I have been reading Joseph’s story last fall, two thoughts have increasingly occupied my mind.

1. Joseph did not know how his story would end.

We have a problem that Joseph didn’t face.

We know how the story ends.

No matter how hard we try, it is almost impossible to read it as the amazing, unpredictable adventure that it was. When you know the end of the story, you may lose the sense of how unexpected it all was.

How much did Joseph know about his future when he was a teenager tending the flocks with his brothers? Zero. Nothing. Nada.

How much did he know about his future when he was cast into the pit? Nothing at all.

How much did he know about what was about to happen when he was rising in Potiphar’s house? Same answer.

How much did he know when Potiphar’s wife falsely accused him of rape? He knew only that he was innocent of the charge.

How much did he know when he was languishing in an Egyptian prison? He had no clue what was about to happen.

How much did he know about God’s purposes when he was elevated to be the prime minister of Egypt? He didn’t see it at all.

Let me put it this way. How much do you know for certain about what will happen to you in the coming week? You have your plans, of course, but those could be changed. You have classes to attend, calls to make, people to see, appointments to keep, papers to write, plans to make, ideas to discuss, and decisions you have to make. But all of that is contingent on circumstances far beyond your control.

Life is short, fragile, and uncertain.

No one knows what tomorrow may bring.

We will gain much more from Joseph’s story if we read it the way he lived it—with no clear idea of the future, with no big picture to guide him, with no “happy ending” in view. In short, we should read Joseph’s life the way we live our own lives—one day at a time.

And that leads me to the second key point.

On one level, we certainly know this is true. Joseph says as much when he declares to his brothers that “God meant it for good.” But it’s easy to forget that through all the ups and downs of Joseph’s life, there was an “invisible hand” working through every single event to produce the desired result, which Joseph himself could not see until he arrived at the end.

If we read Joseph’s story and do not come away with a new appreciation for God’s providence over all things, then we have certainly missed the point. While there are many important lessons to be gleaned from his life, above all else Joseph’s story points us to God. His story proves that behind a frowning providence He hides a smiling face.

Here is how Joseph’s story begins:

Jacob lived in the land where his father had stayed, the land of Canaan. This is the account of Jacob’s family line. Joseph, a young man of seventeen, was tending the flocks with his brothers (vv. 1-2).

With no other introduction, Joseph steps onto the stage of biblical history. At this point we know only three things about him:

I suppose that if we had asked Joseph about his career plans, he would probably have said, “I’m going to be a shepherd like my father and my grandfather and my great-grandfather.” After all, that was the family business. Apparently Abraham and Isaac and Jacob had done pretty well at it. So we would expect Joseph to figure that his future would include sheep.

But God had other plans.

Before this story is over Joseph will become the prime minister of Egypt, but you couldn’t tell it that day when he went out with his brothers to tend to the flocks.

As the story begins, the threads of his life are scattered in all directions. Only later will the grand design become apparent. But it is clear enough that Joseph was being prepared by God for his destiny long before he was aware of it. Marcus Dods emphasizes the traits he inherited from his ancestors:

He had Abraham’s dignity and capacity, Isaac’s purity and power of self-devotion, Jacob’s cleverness and buoyancy and tenacity. From his mother’s family, he had personal beauty, humor, and management.

Although God had been preparing the way for Joseph long before he was born, it would take quite a while for him to discover his calling in life. But when he did, he saved his family and changed the course of history. For the moment he’s seventeen years old, working in the family business, without a clue about the events that were about to unfold.

What, then, shall we say about this young man as we begin our journey through his story?

Joseph stands before us as a man whose life was filled with turmoil. It started early in his life and never really stopped. Through it all, he emerges triumphant by God’s grace.

Joseph always lands on his feet. Here is a man who conquers crisis by a supreme confidence in God. Though he came from an extremely dysfunctional family, God turned him into a hero who delivered the family that sold him into slavery.

He became a key link in the chain of God’s plan that would 2000 years later bring the Messiah to the earth. As Joseph saved his own family, so Christ would come as the Savior of the world.

As we will see in our next study, the hero arises out of the turmoil of a dysfunctional family. His brothers don’t like him. There is trouble on the horizon.

Joseph proves you can come from a crazy, mixed-up family and do amazing things for the Lord.

But it won’t be easy and definitely not predictable.

Hang on—it’s going to be a bumpy ride for Joseph and for us.

Stay tuned. Much more to come.

You won’t believe what his brothers do to him.

As we take our leave of Joseph for the moment, remember this. His God is our God too. We need a big God, and we have one. Let that thought give strength to your heart this week.

Are You Willing to Wait For God?

Do You Know Who You Are?

Do You Know Why You Were Born?