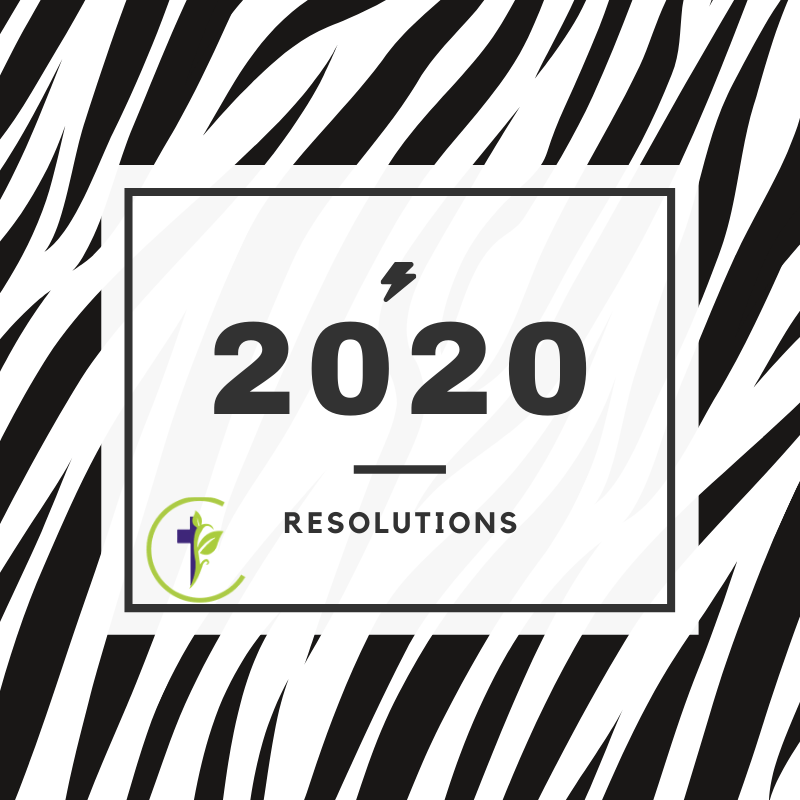 In this first post in the series, I mostly want to talk about how being a Christian is not like New Year’s resolutions—and the sort of trouble we get into when we think about discipleship in these terms.

One impetus for today’s post was a tweet that I read a few days ago by a pastor whom I love and respect. I’m not going to name him; I don’t want to embarrass him or put him down. He’s not a Baptist, but he’s good at communicating God’s grace and the gospel truth. So I often like his tweets and Instagram posts. Anyway, he tweeted the following:

And I read this, and I almost clicked the “like” button as I so often do on his tweets. I’ve said stuff like this plenty of times over the years—“church is a hospital for sinners” and all that. But then I read this reply, and I had to think long and hard:

Sorry, [Pastor], but sin was taken away and punished in the body of Jesus. The wages of sin is death. Sin got what it deserved, and we were set free from sin to get what we deserved—a new life in Christ.

The first tweet is very close to being right, except… if the church is merely a place for “guilty people” to gather to “be reminded” that, because of Jesus’ atoning death on the cross, we don’t get what we deserve—which is death and eternal separation from God—then how do we not live with guilty consciences? Constantly reminding ourselves that we’re guilty sinners, even if we also happen to be forgiven, hardly seems compatible with joyful, confident, victorious Christian living. For that matter, it hardly seems compatible with Paul’s words in verse 17: “Therefore, if anyone is in Christ he is a new creation. The old has passed away; behold, the new has come.”

Think of the prostitute whom Jesus encounters in Luke 7. Jesus is eating in the home of Simon the Pharisee, and this woman, whose sins have been forgiven, won’t stop kissing Jesus’ feet and anointing them with her own tears. Jesus said, “Therefore I tell you, her sins, which are many, are forgiven—for she loved much. But he who is forgiven little, loves little.”

Jesus is hardly minimizing the enormity of her sin. Indeed, he says, her sins were many, and they’ve been forgiven. And the way you can tell that her many sins were forgiven is what? Jesus says, “Because she loved much.” He doesn’t say, “Her sins, which are many, are forgiven—for she felt really guilty, and therefore the least she can do is anoint my feet with her tears—and act really, really sorry.” That’s not what she’s doing.

Because love is her motivation. The tears she’s crying are tears of joy and gratitude! Just like love motivates Paul in verse 14: “For the love of Christ controls us,” or compels us. Not guilt. Love!

The problem with that first tweet is that it risks denying that we are a “new creation.” If the first tweet is right, and we are nothing more than “guilty people” made “safe from the judgment we deserve,” then we’re hardly new! No, we’re just the same old sinners we always were. The only difference is that God forgave us of our sins. It’s like the bumper sticker that I used to see a lot: “Christians aren’t perfect. Only forgiven.” We’re only forgiven? Is that what Paul means when he says, “in Christ, we’re a new creation”? I hope not!

“So, sure… God may have forgiven me way back then, but how can I be confident he forgives me now—after all these years? Shouldn’t I have gotten my act together by now? Aren’t I a big disappointment to him?”

So in my life as a Christian, I have often felt guilty. Like I’m a big disappointment. And God is waiting to punish me.

I won’t ask for a show of hands, but I suspect I’m not the only one.

And it doesn’t help that there are so many places in the Bible in which God’s promises of blessings, prosperity, and favor seem conditional: If I’m faithful to God and obey him, he’ll do all these good things for me; he’ll bless me; he’ll prosper me; he’ll show me his favor. If I’m not faithful or if I fail, he won’t. Psalm 119, as one small example, is full of these kinds of promises… like verse 121, for instance: “Don’t leave me to the mercy of my enemies, for I have done what is just and right.” Elsewhere, in several places, the psalmist says that he always keeps God’s statutes and never strays from God's Word. It often sounds like he’s appealing to his own righteousness as a basis for God’s many blessings.

But where does that leave me? I often don’t do what is "just and right." I have often failed to keep God’s precepts and statutes in so many ways! So I feel like a failure in God’s eyes, a disappointment!

O God of vengeance, shine forth!

Rise up, O judge of the earth;

repay to the proud what they deserve!

When I read this stern appeal to God’s justice I’m tempted to feel one of two things: fear or doubt. First, I’m tempted to feel afraid: O Lord, if you’re avenging, judging, and “repaying the proud,” who am I that you would make an exception in my case? After all, is anyone as proud as I am?

But if I’m not afraid, why not? Do I doubt God’s Word when it teaches that God’s commitment to justice is absolute—that it’s part of his nature, that for God to deny justice is to deny himself.

Is the Bible not telling the truth? God forbid!

But this is where today’s scripture helps me! Look at verse 14: “For the love of Christ controls us, because we have concluded this: that one”—that is, Jesus—“has died for all, therefore all have died.” So Paul is talking about Christ’s atoning death on the cross. Sin, as the Bible says, for example, in Genesis 2:17, carries a death penalty. Romans 6:23: “For the wages of sin is death…” Christ suffered the death penalty for our sins. But in a way, we did, too. Because we are united with Christ through faith. It’s true that we didn't have to suffer death and hell—Jesus did it for us. But Jesus’ suffering and death for sin counts for our suffering and death for sin.

So my pride—which I mentioned a moment ago—does deserve to be punished in hell. But thank God, it already was! On the cross of God’s Son Jesus! And that’s true for every other sin I’ve ever committed or will ever commit!

So getting back to those guilty feelings I had earlier… and that fear in the back of my mind that God is finally going to lose patience with me and punish me for my sins and my failures, that actually can’t happen… Not if God is a God of perfect justice. Because justice has already been done. Because he’s already punished my sin once on the cross. If God punished me for my sins now, he would be punishing my sins twice. And that would be unjust on God’s part.

And if all that’s true, then what do we now deserve? We deserve everything Jesus deserves. Why? Look at verse 17, “Therefore, if anyone is in Christ he is a new creation…”  Verse 21: “so that in him”—in Christ—“we might become the righteousness of God.”

Actually, Paul talks about a believer being “in Christ” a lot. He uses the phrase “in Christ,” “in the Lord,” and “in him” 164 times. By contrast, the word “Christian” is used only three times in the entire New Testament. If we are authentically Christian, Paul would say, we are in Christ—which means we are united with him. Which means, what’s true of Jesus is now true of us.

I know I’ve given you a lot of scripture in this post. Can I give you one more? Earlier in this letter, in chapter 1, verse 20, Paul writes, “For all the promises of God find their Yes in him. That is why it is through him that we utter our Amen to God for his glory.”

This means that all those promises in the Bible that I mentioned earlier, which often seem to depend on our faithfulness… our obedience… our righteousness… in order for them to come true… When I read those promises from God sometimes, I want to throw up my hands and say, “I give up! I’m a lost cause! I’m a failure! I can’t do it!” And... I feel guilty again.

Well, all those things are true… I am a lost cause, a failure, a loser... apart from Christ. But I’m not apart from Christ—not since I believed in him and got saved. I’m now in Christ. Remember? “All the promises of God find their Yes in him.” Therefore, since I’m in Christ, all promises of God are Yes… to me. God will fulfill all those promises in my life. Because if it’s true for Jesus, it’s true for me… Because I’m in him.

So if you are in Christ, be of good cheer! Stop beating yourself up. Stop feeling guilty. Stop listening to the voice of the devil tell you that you’re no good, that God is mad at you, that God is disappointed in you, that he wants to punish you. If those things aren’t true of Jesus, they aren’t true of you anymore.

If you are “in Christ,” you are already a new creation! He already loves you as much as he loves his Son Jesus. He already wants to show you his favor. He already wants to give you joy and peace and lasting happiness. You can be successful, content, satisfied in your career, in your marriage, in your relationship with your kids...not waiting for you to get your act together first. You are not a second-class Christian. He’s not more willing to answer that other person's prayer than he is yours!

“What then shall we say to these things? If God is for us, who can be against us? He who did not spare his own Son but gave him up for us all, how will he not also with him graciously give us all things?”

Are You Willing to Wait For God?

Do You Know Who You Are?

Do You Know Why You Were Born?